Your Dentist Explains Why Your Tooth Fillings May Fail 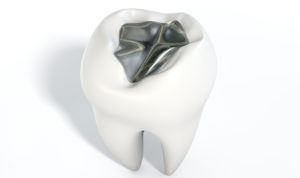 There’s a chance that you may need some fillings in a few of your teeth. You’re scheduled for a cleaning and examination with your dentist, at which time you’ll find out for sure if you’ll need any. But, there are a few things you should know first, regarding your habits and genetics. Learn how certain factors could influence the effectiveness and longevity of your dental fillings.

What are Fillings Used for?

When you have decayed, cracked or damaged teeth, dental fillings are used to restore the strength and integrity of the tooth. The process begins with the removal of any decayed or damaged portions of the tooth. The next step is to fill the voided space with restoration materials that shape the tooth. The fillings serve two main purposes: to restore the tooth and prevent future damage. This is achieved by sealing the tooth, which protects it from bacteria intruders. Although this is typically a sure process, there are certain factors, though, that effect its longevity.

Factors that Effect the Life of Your Dental Fillings

Fillings can fail for several reasons. One of them is the reemergence of the initial tooth decay or the filling becoming detached. Until recently, there has been a debate over whether newer composite resin fillings (tooth-colored plastic) are as durable as the traditional amalgam fillings (silver, tin, mercury mixture).

Researchers found that there are no differences overall, between the two options. So they looked in another direction for factors that can cause a filling to fail. They found that the longevity of your dental fillings can be impacted by smoking, drinking and genetics. With this new set of variables, they found the following:

More research is required into each of these areas, but it’s safe to say that it’s in the best interest of the longevity of your fillings and overall oral health to maintain healthy lifestyle practices. One simple habit to develop as a part of your healthy regimen is brushing and flossing at least twice a day. This will limit the number of fillings that you’ll need and protect your mouth, teeth and gums from other maladies. Finally, make sure to visit your dentist at least twice a year for cleanings and examinations to prevent any minor issues from becoming major.

Dr. Neil Flenniken has over 17 years of experience in cosmetic and implant dentistry. He received his undergraduate degree from the Ohio State University and went on to earn his D.D.S. from Howard University. He practices at Flenniken Family Dentistry and can be reached for more information through his website.

Sorry, the comment form is closed at this time.